Soybeans have played a central role in the ongoing US-China trade dispute, featuring prominently in news coverage and in comments by political leaders.  Why focus on soybeans rather than corn, wheat, or other major crops that were also subject to tariffs?

In 2014-17, American farmers produced about $40b of soybeans annually and exported about a quarter of them to China.  Most soybean exports to China occur in the months following harvest (October-March). 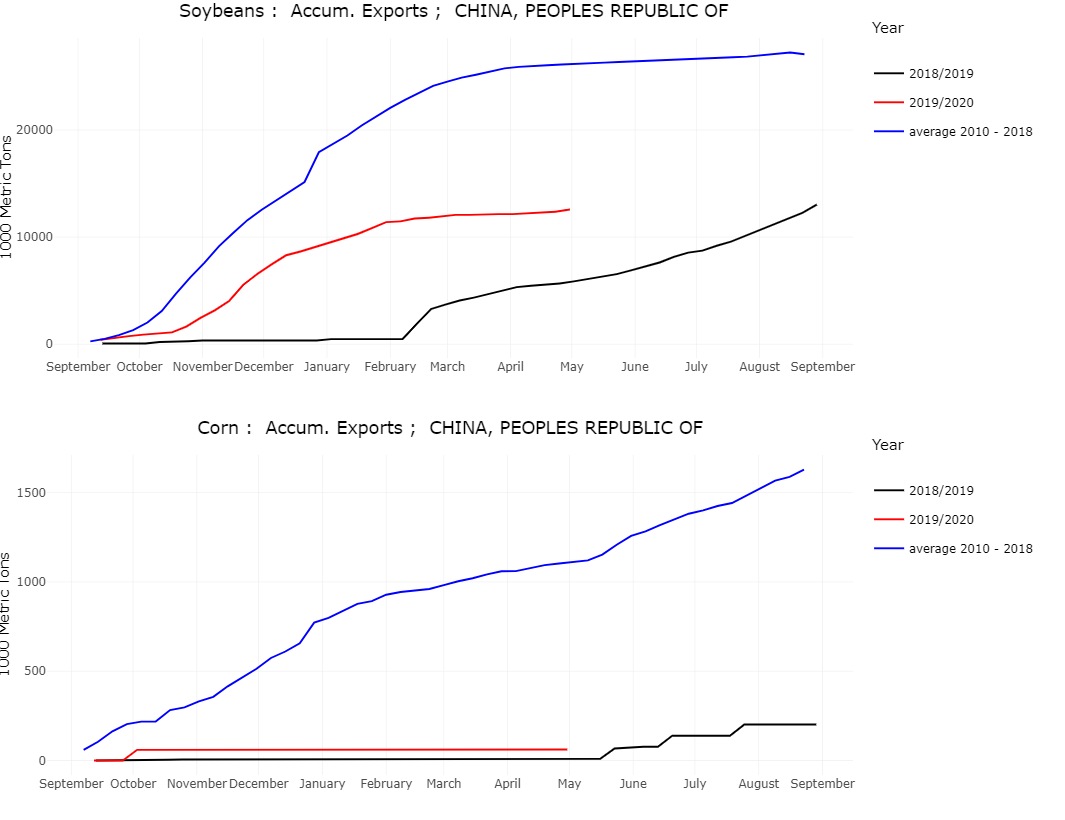 The trade dispute began in 2018. The US exported no soybeans to China in the first four months after the 2018 harvest (black line in the figure). Total soybean exports for the 2018-19 crop year were less than half their pre-2018 average. Current-year exports are on pace to be similarly low.

The tariffs have reduced US soybean export sales to China by billions of dollars, so that's one reason to focus on soybeans, but why does China import so many soybeans?

China has long had a policy of grain self sufficiency, and it has essentially achieved this objective for corn, rice, and wheat. This means the US typically exports only 0.5% of its corn crop to China, so tariffs are relatively unimportant for corn, even though corn exports to China have dropped to almost zero. The same is true for wheat and rice.

China has failed to achieve self-sufficiency in soybeans; it imports about 80% of its annual soybean consumption. In the past 20 years, it has experienced a massive explosion in domestic demand for soybeans that it has been unable to meet with domestic production.

World trade in soybeans is unusually concentrated. The US and Brazil account for 90% of world exports and China accounts for 60% of world imports (see the figure below). Argentina, Canada, Paraguay, and Ukraine export some soybeans, but no country has yet become a significant supplier to China, including China itself.

Why the focus on soybeans?  Because you can't just grow them anywhere, apparently.

To investigate, view, and download the data displayed here, go to my Export Sales Reports and World Trends data blocks. 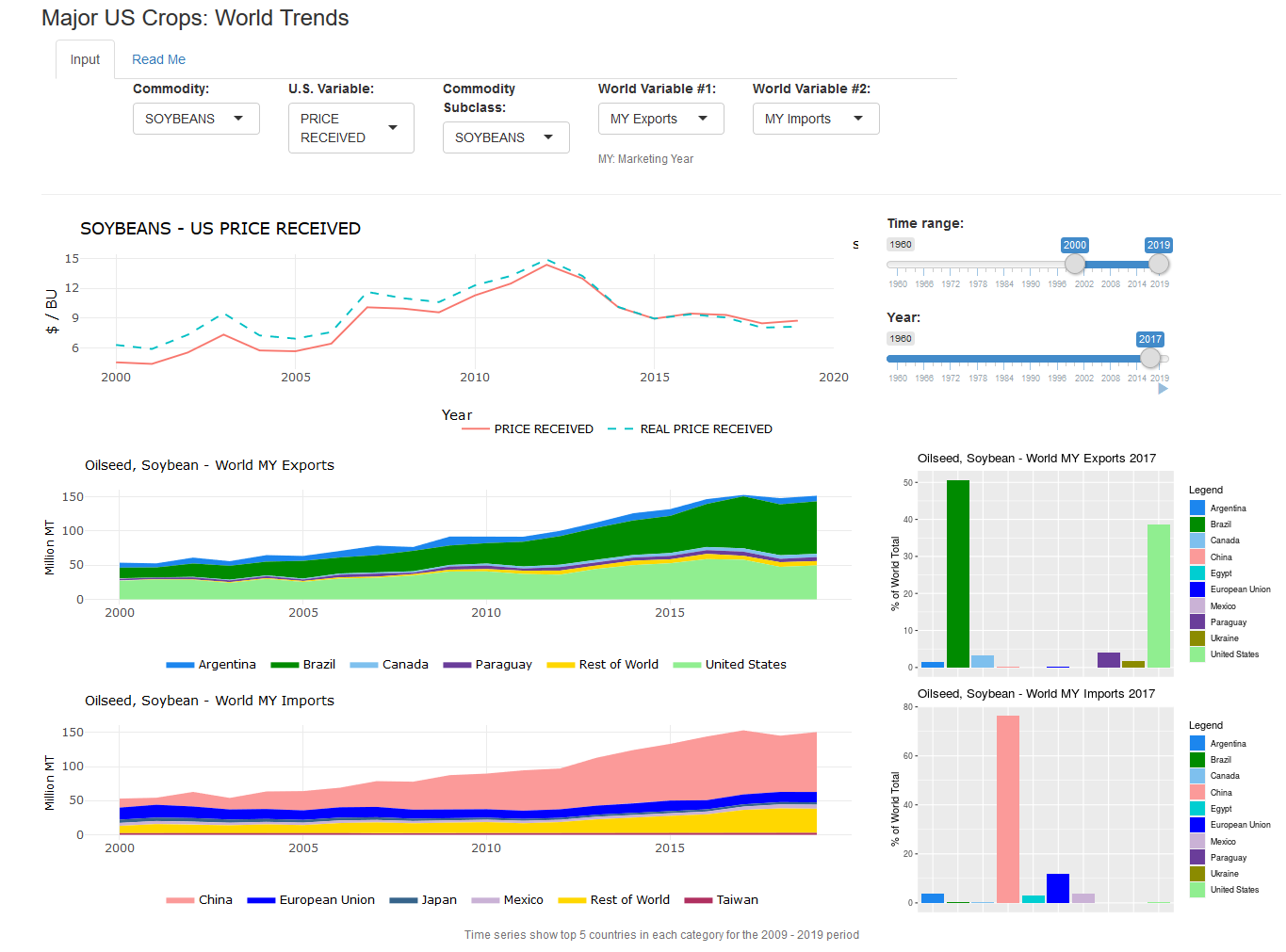