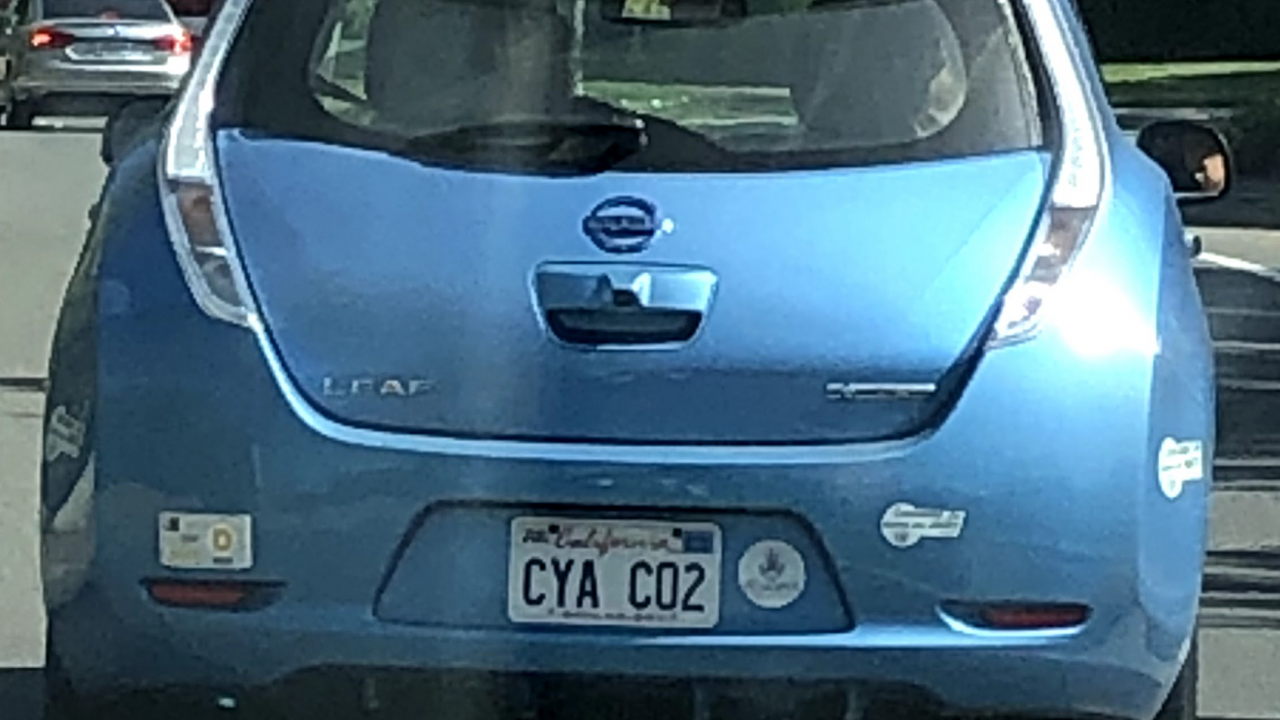 What They’ve Done in California is Just Crazy. Or is it?

This article is co-authored with UC Davis ARE PhD student Dan Mazzone.

Last week, California governor Gavin Newsom announced a goal that by 2035 all new cars and passenger trucks sold in the state should be zero-emission vehicles. In last night’s presidential debate, President Trump called this goal crazy. Is he right?

A zero emission vehicle, or ZEV, emits no pollutant from its tailpipe.  It may generate emissions in other parts of the supply chain if, for example, it is charged with electricity generated from fossil fuels.

The leading ZEV technologies are battery electric vehicles (BEV) and hydrogen fuel cell vehicles. There are currently very few hydrogen vehicles on the road because that technology has developed more slowly than batteries.  We focus this article on BEVs.

Electricity accounted for only about 1% of transportation fuel energy in 2019, according to data from California’s Low Carbon Fuel Standard (LCFS). Almost 90% of energy came from fossil gasoline and diesel.

Last year, 5.5% of new cars in CA were BEVs. BEV sales have tripled over the past 4 years, boosted by the California Air Resources Board’s ZEV mandate. The ZEV mandate requires a certain number of ZEVs to be offered for sale each year by manufacturers in the state.

Hybrids, which account for nearly 8% of new vehicles in California, don’t count towards the Governor’s goal because they emit carbon and other pollutants when not using the battery.

The feasibility of getting from 5.5% to 100% BEVs in 15 years depends on the answers to three questions:

Will there be enough electricity to charge all the ZEVs?

In 2019, California used 277,000 gigawatt hours of electricity, 72% of which was generated in the state. By 2035, the state will need substantially more electricity as air conditioning demand increases with global warming, as it electrifies home heating, and as BEV sales increase. The California Energy Commission, in their 2019 demand forecast, projected a 23% increase in electricity consumption by 2030, assuming five million EVs on the road by that time.

Suppose Californians buy 1.9 million new BEVs in 2035, which is the same as the number of cars and light duty vehicles purchased in 2019. If these cars travel 15,000 miles at 30kWh of electricity per 100 miles, then they would use 8,500 gigawatt hours of electricity per year.

To meet climate goals (which is the point of all of this) and to meet the goals of SB 100, all electricity needs to be generated from zero carbon sources such as hydro, solar, wind and nuclear by 2045. In 2019, 57% of electricity used in California was from non-carbon emitting sources. Unless home batteries become ubiquitous, it also needs to be generated at the right time. If people are driving during the day, they may want to charge at night when solar is unavailable.

Will there be enough chargers?

Most people charge their BEVs at home, but limited battery range means many consumers are concerned about running out of battery power mid trip, known as range anxiety. Current BEV drivers likely have relatively low range anxiety, but even they tend to also own a gasoline powered vehicle that they drive more than their BEV.  Thus, we need significant public charging infrastructure to make 100% BEVs feasible.  Due to the chicken-and-egg problem (or as an economist would say, network externalities), the required infrastructure is unlikely to be built without subsidies.

The LCFS has an explicit mechanism for subsidizing investments in charging infrastructure. In 2019 these projects realized $4.36 million, which is only 3.6 percent of the maximum allowed, so there is room for that program to produce additional public chargers. In addition, the LCFS credits from light duty vehicles generated $400 million in 2019, most of which goes to utilities and can be used to improve BEV infrastructure.

Will people want to buy ZEVs?

At present, most BEVs are more expensive than equivalent gasoline-powered vehicles although subsidies help to close that gap. For example, Car and Driver compared gasoline and electric versions of the Mini Cooper and Hyundai Kona. Without subsidies, the two BEVs were $8000 and $15,000 more expensive to buy and operate for three years than their gas-powered siblings.

However, BEV battery costs are decreasing and researchers are working hard to improve the technology.  Studies from UC Davis ITS project that BEVs will cost no more than gasoline-powered cars to own and operate by 2030 and less by 2035. This provides some optimism, as long as gasoline prices don't decrease too much.

But car purchases are about more than price. People buy what they like and what people like varies widely.  That’s why we see so many different types of cars on the road. Will manufacturers produce a wide enough variety of BEVs to satisfy all consumers and can they do it by 2035? This is another network externality that Governor Newsom's goal and the to-be-determined implementation details may help solve.

Our instinct as economists is that banning gasoline-powered cars is a bad idea because the cost of getting the last few cars out of the system would be huge. In contrast, an emissions standard or a carbon price on tailpipe emissions would allow society to do something less expensive like, say, planting more trees instead of removing the last few cars.

This instinct relies on marginal analysis, which is what economists are good at. We think about the costs and benefits of a little more of this or a little less of that. But, reversing climate change requires transformative changes to transportation technology, infrastructure, and consumer preferences.

State agencies will develop regulations to implement Governor Newsom’s order (relevant text screenshotted below). If they take literally its description as a goal rather than a ban and pay attention to cost and consumer preferences, then it still might be crazy, but maybe it’s worth a shot.