Every June in the fields around Davis, we are treated to acres of blooming sunflowers, each one facing east.

For cyclists riding alongside these fields, sunflowers present a hazard: bee stings. Beekeepers bring honey bees to sunflower fields in June to carry pollen from the male to the female plants.  Two rows of males are planted about every 10th row (look in the above picture for the plants with small flowers). The males will be removed after pollination to keep them from contaminating the female seeds at harvest.

Honey bees are also critical for pollinating California's biggest crop, almonds.  About 80% of all honey bees in the US are in California in February for the almond pollination season. In subsequent months, most of those bees move eastward to the northern great plains.

The climate in North Dakota and neighboring states produces a bounty of flowering plants in the summer, which makes this region attractive to beekeepers. One of those plants is sunflower. North and South Dakota comprise about 80% of sunflower acreage in the United States.

The sunflower-belt states are not in the sunbelt. 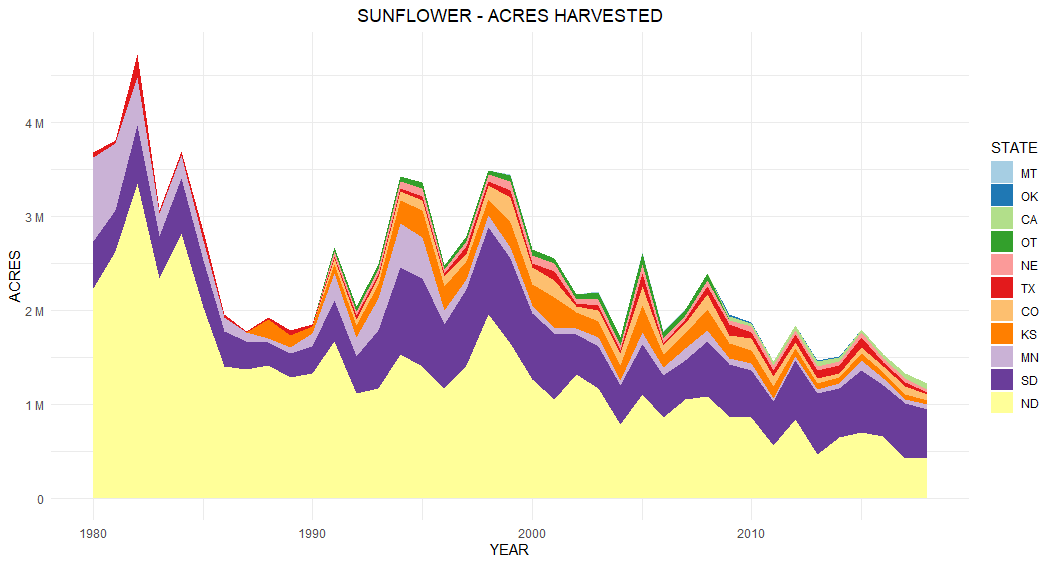 The eastward migration of honey bees also means that the northern great plains states are leading honey producers. North Dakota is the top honey-producing state, South Dakota is number 3, and Minnesota and Montana rank 5 and 6. California is the second-leading honey producer, although production in the state has declined significantly since the 1990s. 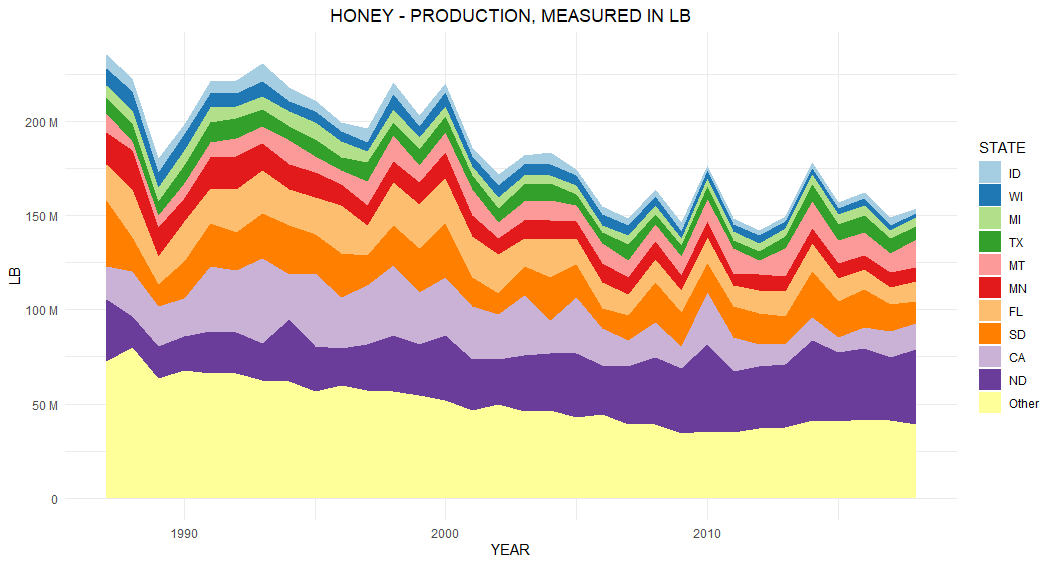 We do not have sunflowers or honey in our California or US major crops apps. We created the figures in this article using the same R code that underlies the apps. The code grabs data directly from NASS using the Quick Stats API.  Download and run it for sunflowers, honey, or another commodity of your choice.

Postscript: This morning, while doing "field research" for this article, I was biking next to a sunflower field and got stung by a bee.