Sorghum: It's Still a Thing 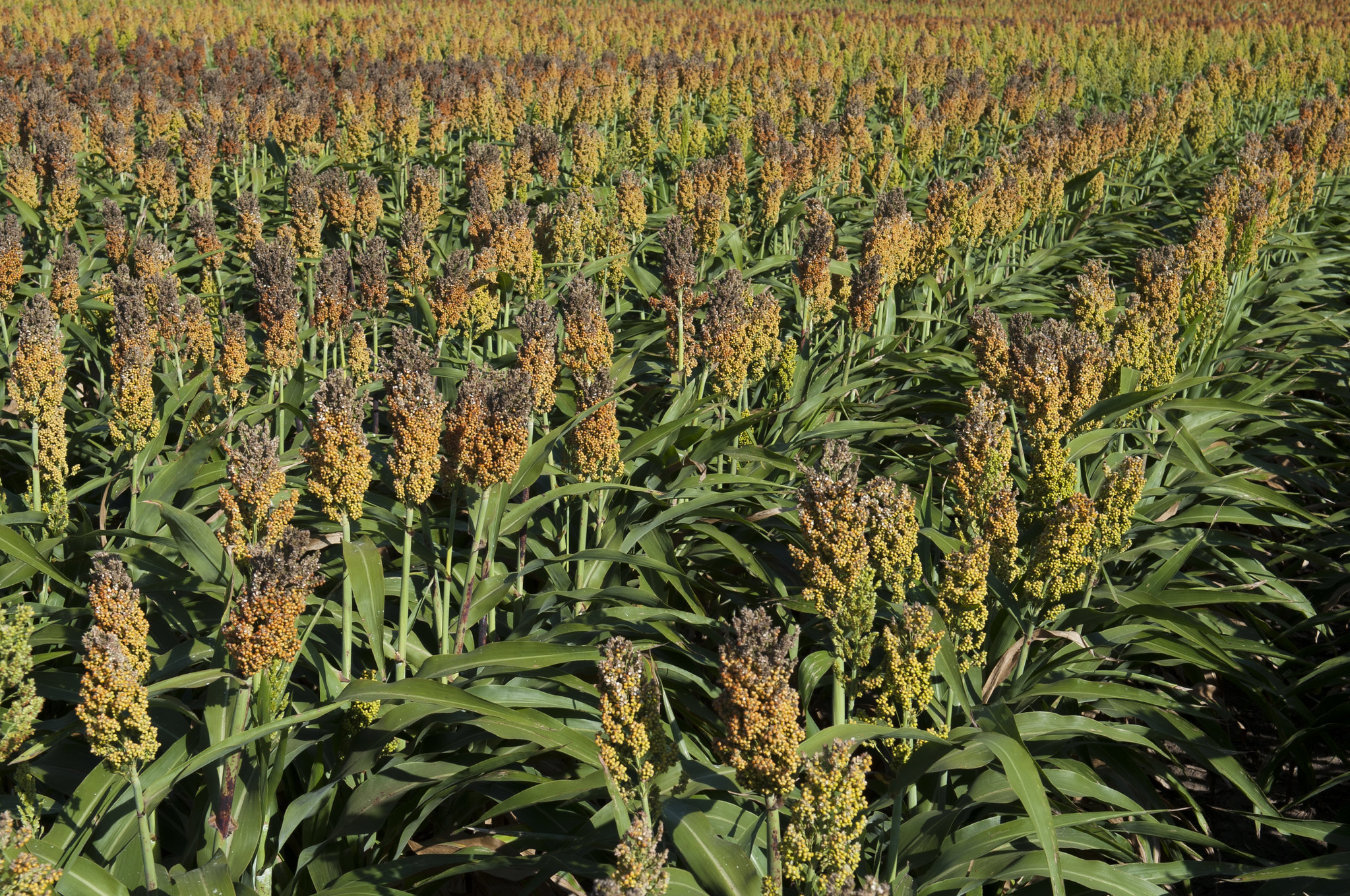 Sorghum acreage has declined by about 70% from its peak in the late 1950s, but it remains the sixth most harvested crop in the United States. It lags behind the big four of corn, soybeans, wheat and hay, and also uses significantly fewer acres than cotton. 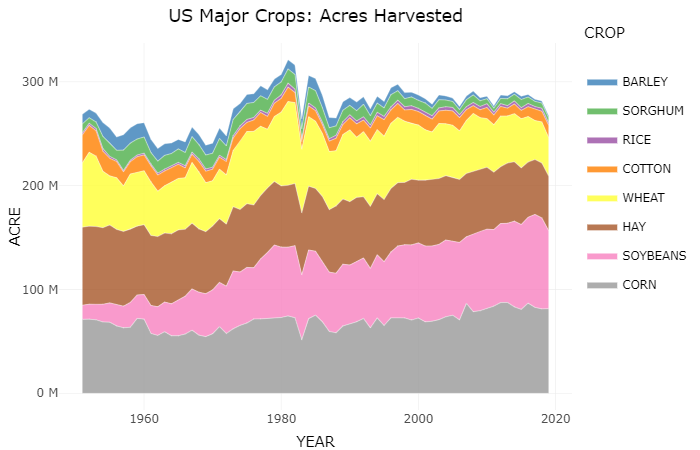 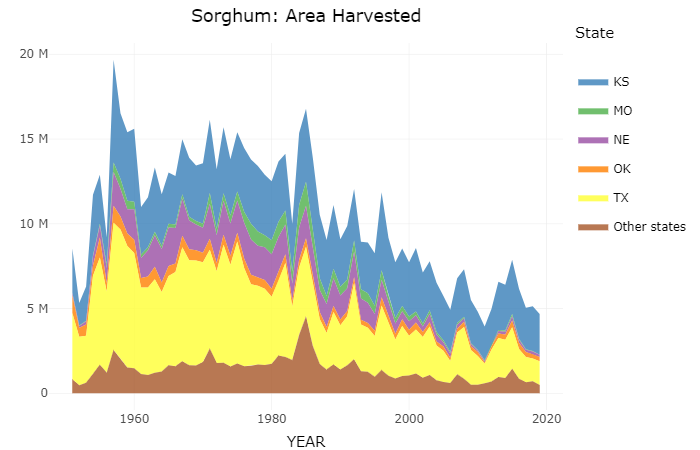 Grain sorghum is less familiar to many of us than other major crops, likely because it's hard to find any grain sorghum products in an American grocery store. In other countries, sorghum is used to make porridge, flour, and beer. Grain sorghum is gluten free.

In the late 1800s, sorghum syrup was an important source of sweetener in many parts of the US, but its use has faded due to competition from corn syrup and sugar.  Sorghum syrup is made from the stalks of "sweet sorghum" varieties, which are somewhat different from the sorghum varieties used to produce grain.

Most US sorghum is used for animal feed or to make fuel ethanol. In both uses, it is highly substitutable with corn. This substitutability means that the prices of corn and sorghum are tied together, unless there is a market event that affects one grain but not the other. 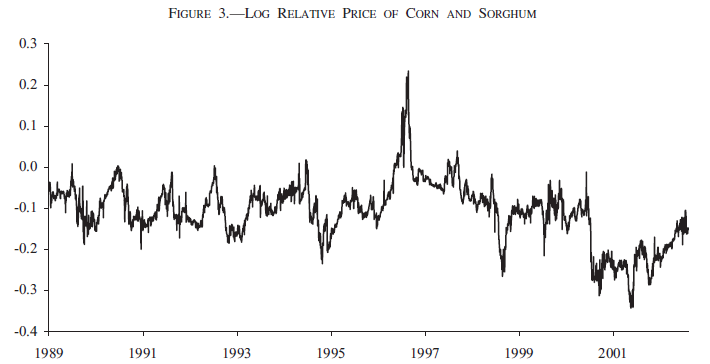 One such event occurred in 2000, when a genetically modified corn variety called StarLink that was not approved for human consumption was discovered in the food-corn supply. In a 2007 research paper, Colin Carter and I identified the resulting effect on the price of corn by showing that it drove a wedge between the prices of corn and sorghum. Sorghum has no genetically modified varieties. The graph labeled Figure 3, which is directly from our paper, shows the marked drop in the relative price in 2000.

To view or download data on sorghum and other major crops, go to my US Crops data app.

Sorghum is also known as milo. Here's a picture of our family dog, whose name is Milo for reasons entirely unrelated to sorghum. 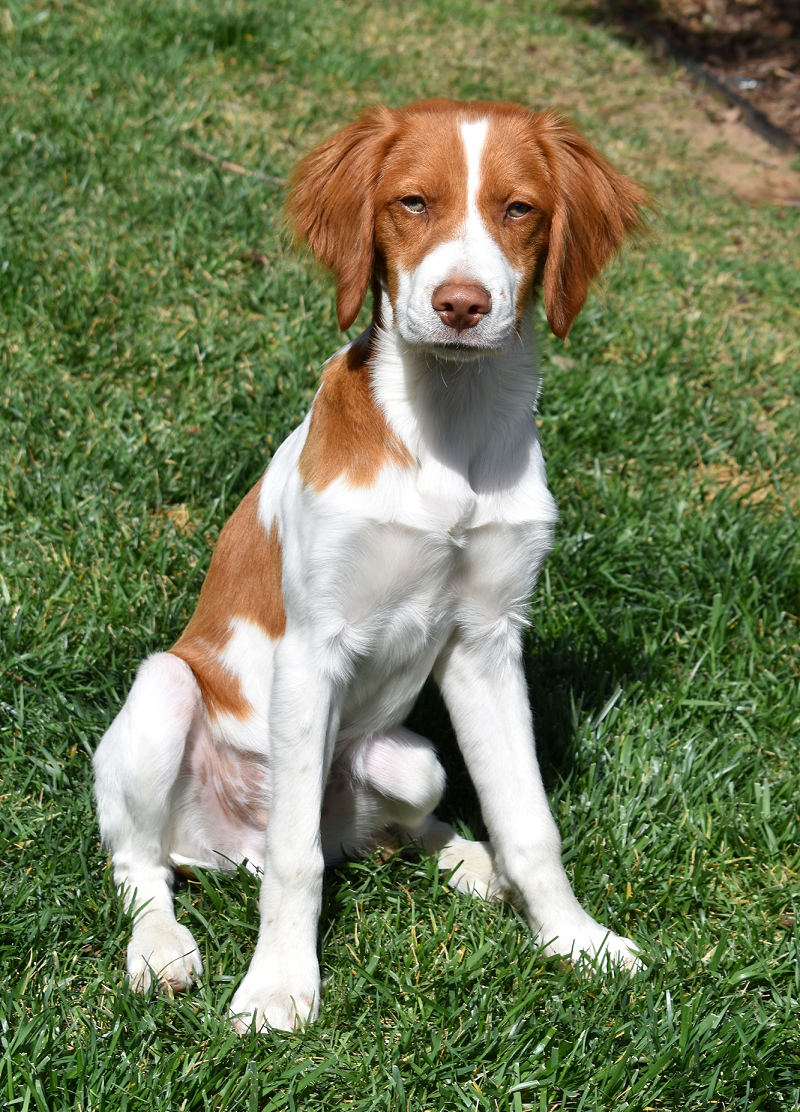