Your Cheerios are Canadian. At least, they are most likely made from Canadian oats.

Oats have been cultivated by farmers for at least 500 years. Before purposeful cultivation, oats were present for centuries as a weed in wheat and barley crops. For more on the history of oats, read this interesting 1961 chapter by Franklin Coffman.

The first oats in the U.S. were planted in 1602.  The crop grew in importance in colonial times and remained important until the middle of the 20th century because it was useful to provide feed for animals, bedding for horses, forage for animals, and oatmeal for people. Much of production was consumed on the farm. 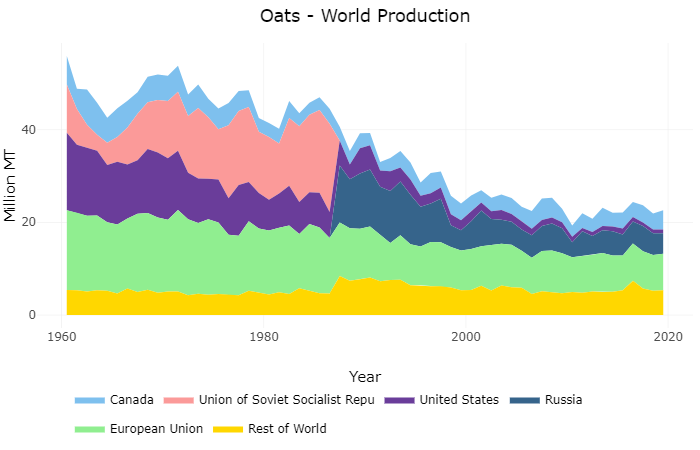 The decline in U.S. oat production has two explanations. First, oats are lower in energy and bulkier than other feed grains such as corn. The amount of oats used for animal feed has declined by 90% since 1960. 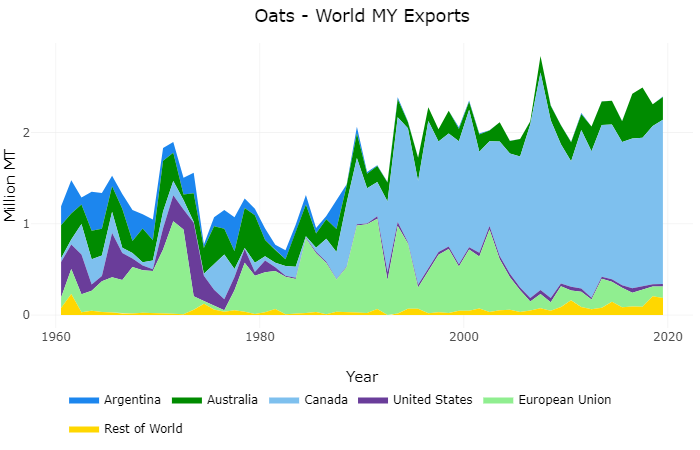 The amount of oats used in the U.S. for food for people is about the same as in 1960. Almost all of them are grown in Canada, and have been since the mid 1980s. 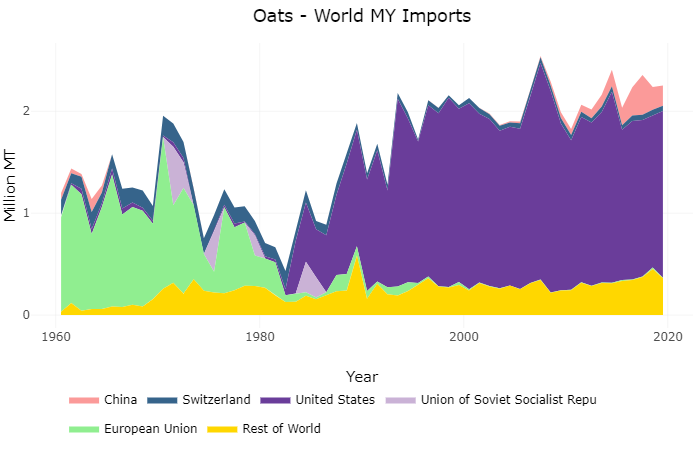 Some fraction of the oats imported from Canada become Cheerios, which is American's biggest selling cereal brand. Cheerios were originally marketed as Cheerioats when launched in 1941.

To view or download data on international oat production and trade, go to our newly improved World Trends for Major US Crops data app.