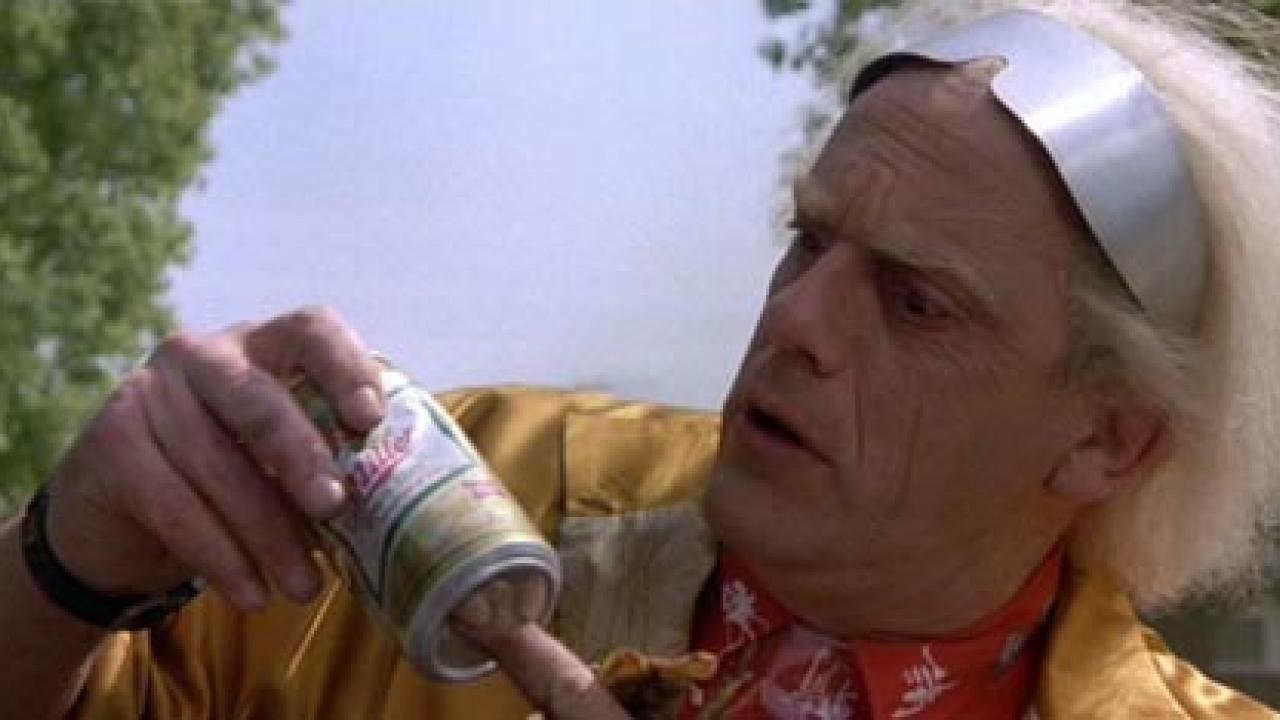 At the end of the Back to the Future movie, Doc Brown returns to 1985 from a futuristic 2015. The first thing he does is fuel up his time-traveling DeLorean with a banana skin and a beer.

Unlike the movie, 2015 did not bring trash-powered cold fusion (or flying cars). It's now 2020, and we still don't have those things. But, we do have transportation fuel made from all kinds of things, including trash and biomass.

You may know that 10% of the gasoline in your tank is ethanol made from corn.  But, did you know that almost a quarter of the diesel sold in California is made from animal fat, corn oil, and used cooking oil?  Biogas from landfills and dairy farms also serves as a diesel replacement fuel. The plot below shows the amount of energy contributed to the gasoline and diesel pools by the various fuels.

We have so much alternative diesel fuel because of the state's Low Carbon Fuel Standard (LCFS) which, in combination with the Federal Renewable Fuel Standard, seeks to reduce carbon emissions from transportation in the state. The LCFS mandates a 20% reduction in the carbon intensity (CI) of transportation fuels below 2010 levels by 2030.

The LCFS is complicated. The state Air Resources Board determines the CI of each fuel using a life cycle analysis of the fuel pathway, accounting for potential emissions throughout the fuel production process. There are currently 828 approved fuel pathways, including 362 just for ethanol, depending on how it is produced and how it is moved to CA.

Today, we released a data app for the LCFS, with which you can unpack its complexity. Huge kudos to UC Davis ARE PhD student Dan Mazzone for his great work putting this app together.

The plot below illustrates how the LCFS works. Gasoline and diesel incur deficits because they have high CI's (i.e., high carbon emissions per unit energy). Fuels such as ethanol, biodiesel, renewable diesel, electricity, biogas, and hydrogen earn credits because they have low CI's. The credits have to balance out the deficits.

Meeting the LCFS standard gets harder over time because standard tightens every year. This means each gallon of petroleum incurs more deficits each year, so we need even more low-CI fuels to reach the standard.

In our baseline scenario, LCFS compliance would require that between 60% and 80% of the diesel pool be produced from biomass by 2030. This projection assumes the proportion of miles traveled by electric vehicles triples by 2030. However, if the electric vehicle market grows fast enough to reach former Governor Jerry Brown's lofty goals, then LCFS compliance would require substantially less biomass-based diesel.

The LCFS incentivizes clean fuels through a credit trading mechanism. To comply with the standard, firms with excess deficits can buy credits from firms with excess credits. The credit price is capped at $200 per metric ton of CO2 (in 2016 dollars plus inflation). The price has been at the cap for most of the last year, which suggests limited scope for incentivizing more alternative fuels as the standard tightens.

Thus, outside of rapid zero emission vehicle penetration, compliance in 2030 with the $200 credit price may be difficult.  If only we had Doc Brown to invent trash-powered cold fusion. 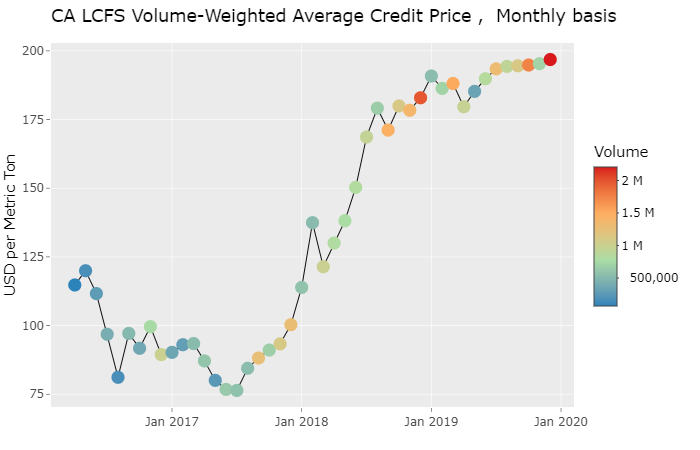 To investigate the LCFS further, including the plots in this article, visit our LCFS data app.  The app includes both the California and Oregon LCFS programs. The CA Air Resources Board will release new data due on Friday 7/31. We will update the app soon thereafter.