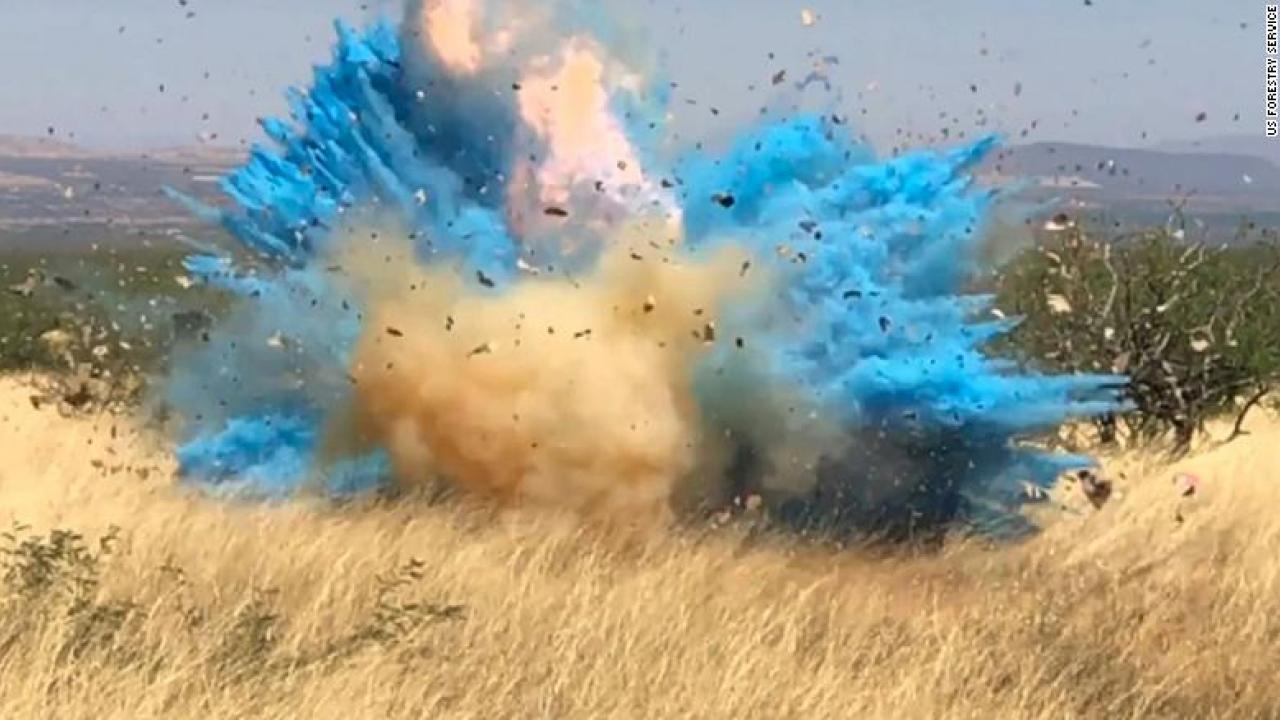 Did Climate Change Cause the Wildfires?

It depends what you mean by "cause".

The El Dorado Fire was started by a pyrotechnic device at a gender-reveal party. The lightning complex fires were ignited by lightning. The Camp Fire and the Wine Country Fires were started by high winds hitting electrical infrastructure.

No-one thinks climate change ignited those fires (despite what you may have heard).  So, what does it mean when a scientist says that climate change caused the wildfires?

Climate scientists don't focus on a single wildfire event, because lots of factors contribute to any particular event. Instead, climate scientists try to figure out whether changing the climate makes wildfires larger and more likely to occur. They use computer models to predict the future under continued climate change, and they use data analysis to assess whether those predictions were correct.

Models of climate change predict an increase in weather extremes, including rain, which causes vegetation to grow, and heat, which dries out forests. Both these factors make fires larger and more ferocious than they otherwise would be. In short, climate change is a cause of wildfire frequency, size and ferocity.

The last few years have proven climate scientists right, so why do they seem so exasperated?

Answer: They have been warning us for a very long time and we haven't been listening. Here's a brief history of climate science and wildfires. As a non-expert, I may be not be highlighting the most impactful work, but pay attention to the dates.

In 1822, Joseph Fourier discovered the greenhouse effect, i.e., that earth's atmosphere acts like an insulator. In 1862, John Tyndall discovered that carbon dioxide traps heat. In the early 1900s, Svante Arrhenius predicted that increases in carbon dioxide emissions from burning fossil fuels would raise global temperatures.  In 1978, Martin Parry wrote about the potential increase in extreme weather events due to climate change (focusing on the effects of extreme heat on agriculture).  In 2006, LeRoy Westerling and co-authors wrote that "virtually all climate-model projections indicate that warmer springs and summers will occur over the region in coming decades. These trends will reinforce the tendency toward early spring snowmelt and longer fire seasons."

So that's the theory.  What has happened in reality? 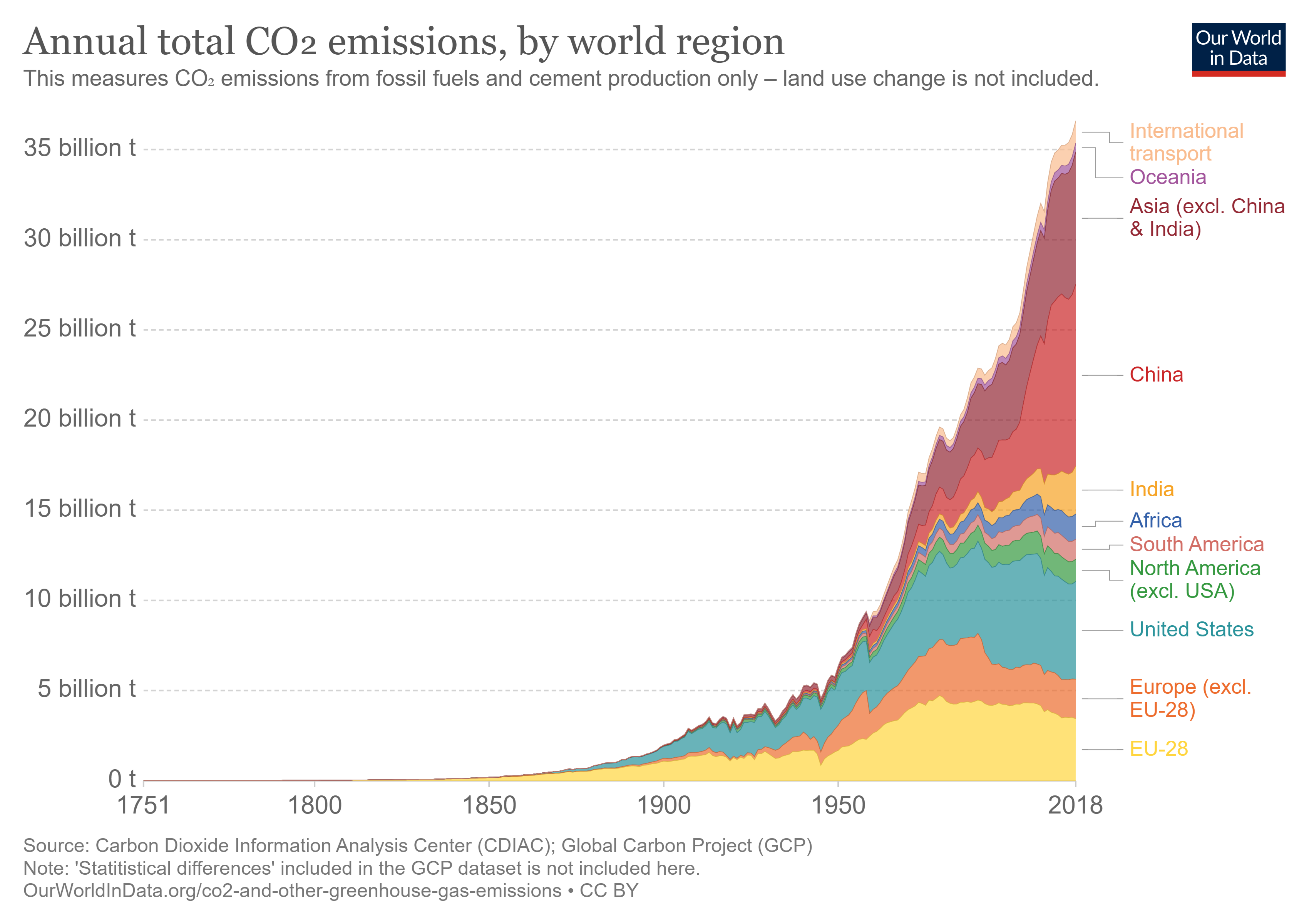 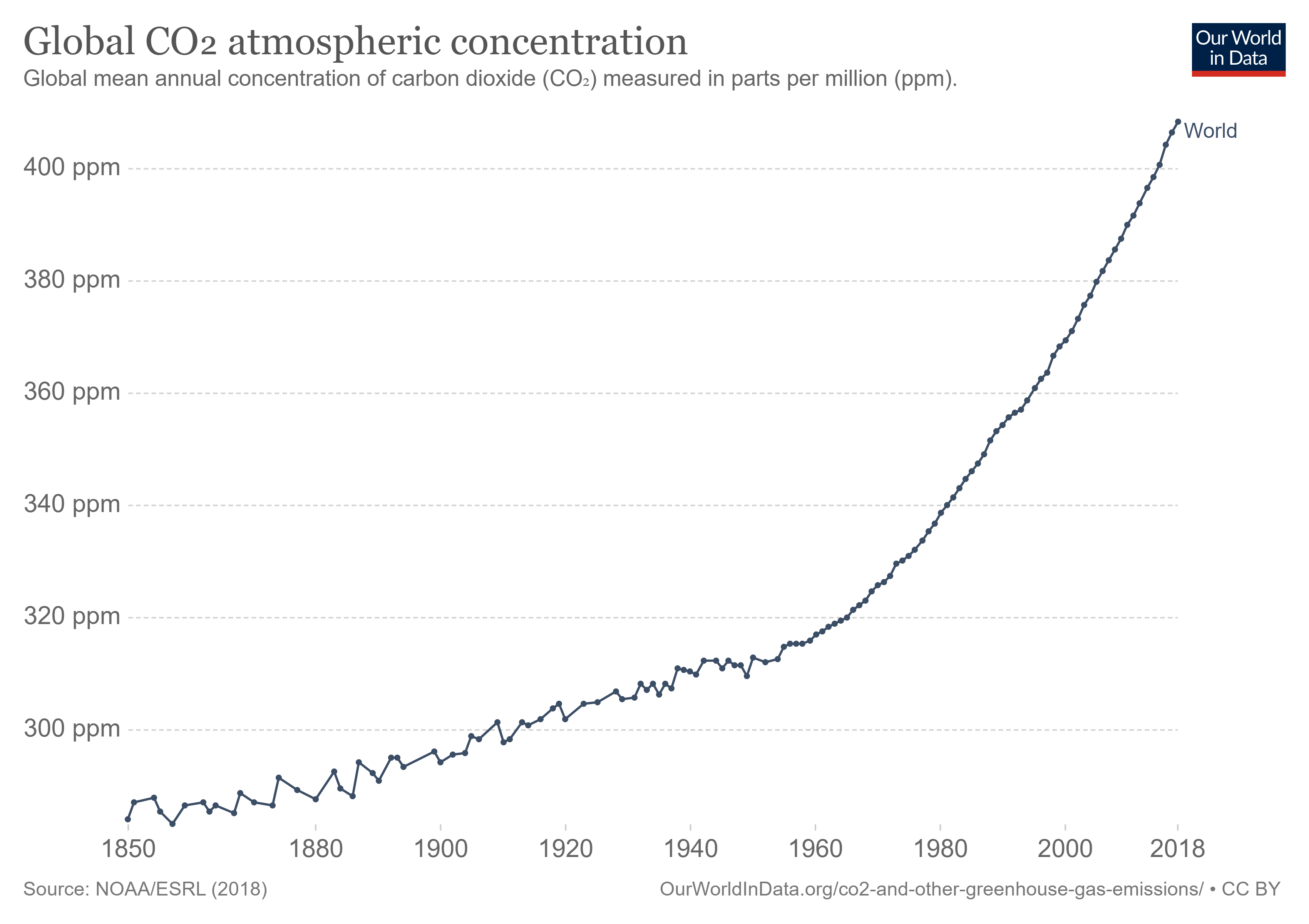 And average temperatures increased as predicted by Arrhenius more than 100 years ago. 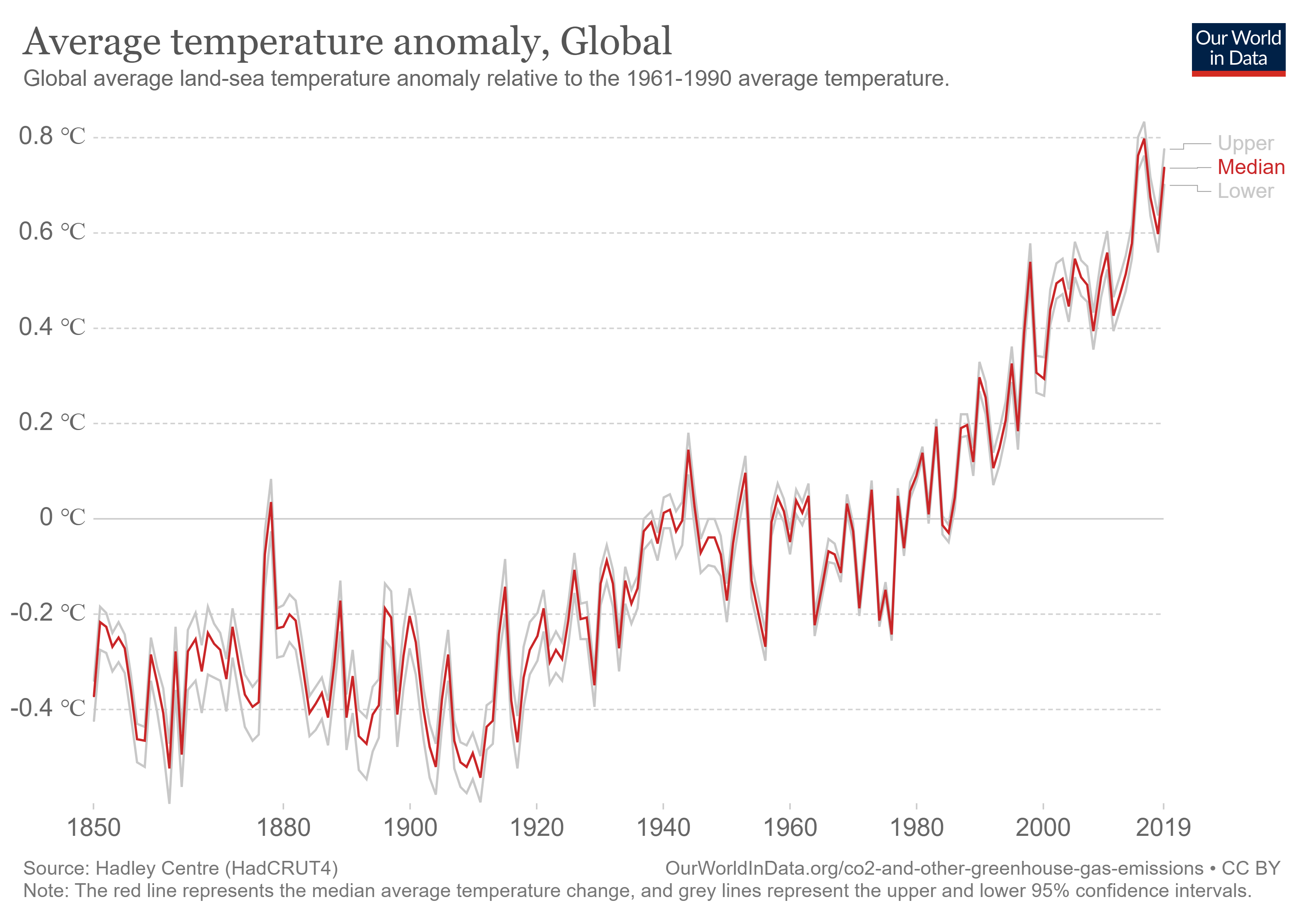 And the frequency of extreme fire weather (FWI) and the area burned by fires both increased. 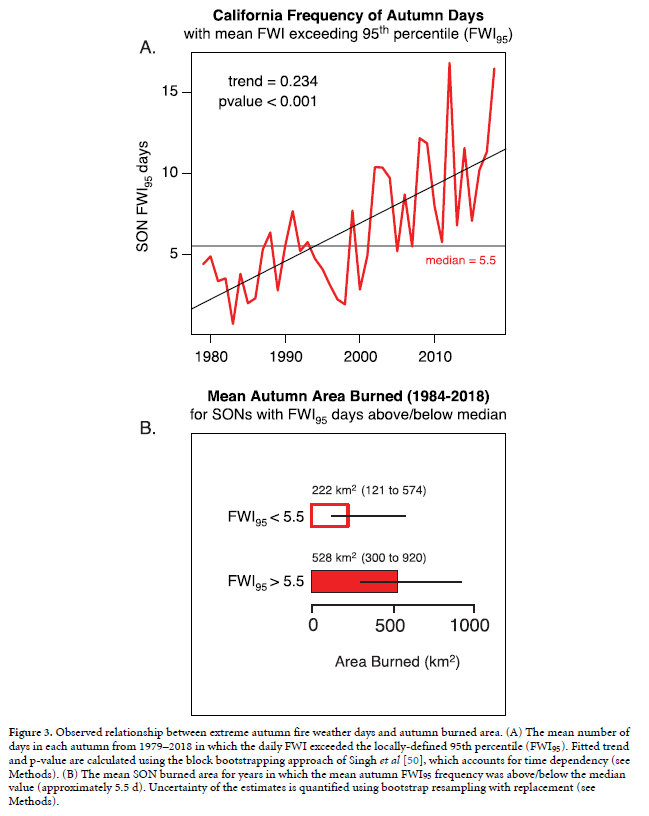 There is some great research quantifying how much climate change affects wildfires compared to other factors such as forest management. There's also lots of interesting work being done to validate the links in the causal chain from CO2 emissions to wildfires.  Much of this work involves the challenging statistical problem of modeling of extreme values, because the extremes matter more than the average.  As always, more research is needed, but this future work addresses details, rather than the fundamental science.

After almost 200 years and numerous correct predictions, it is time to treat climate scientists like they know something.

To see more data, this UC Berkeley site is great, as is Our World in Data.