All About Olive City

Last week, in support of my daughter's high school field hockey team, I drove north to the town of Corning, colloquially known as the "Olive Capital of the World" or, more modestly, "Olive City". I had not been aware of the importance of olives to Corning and the surrounding area.

It was time to educate myself, starting with a visit to the famous Olive Pit and the purchase of an interesting-looking jar. 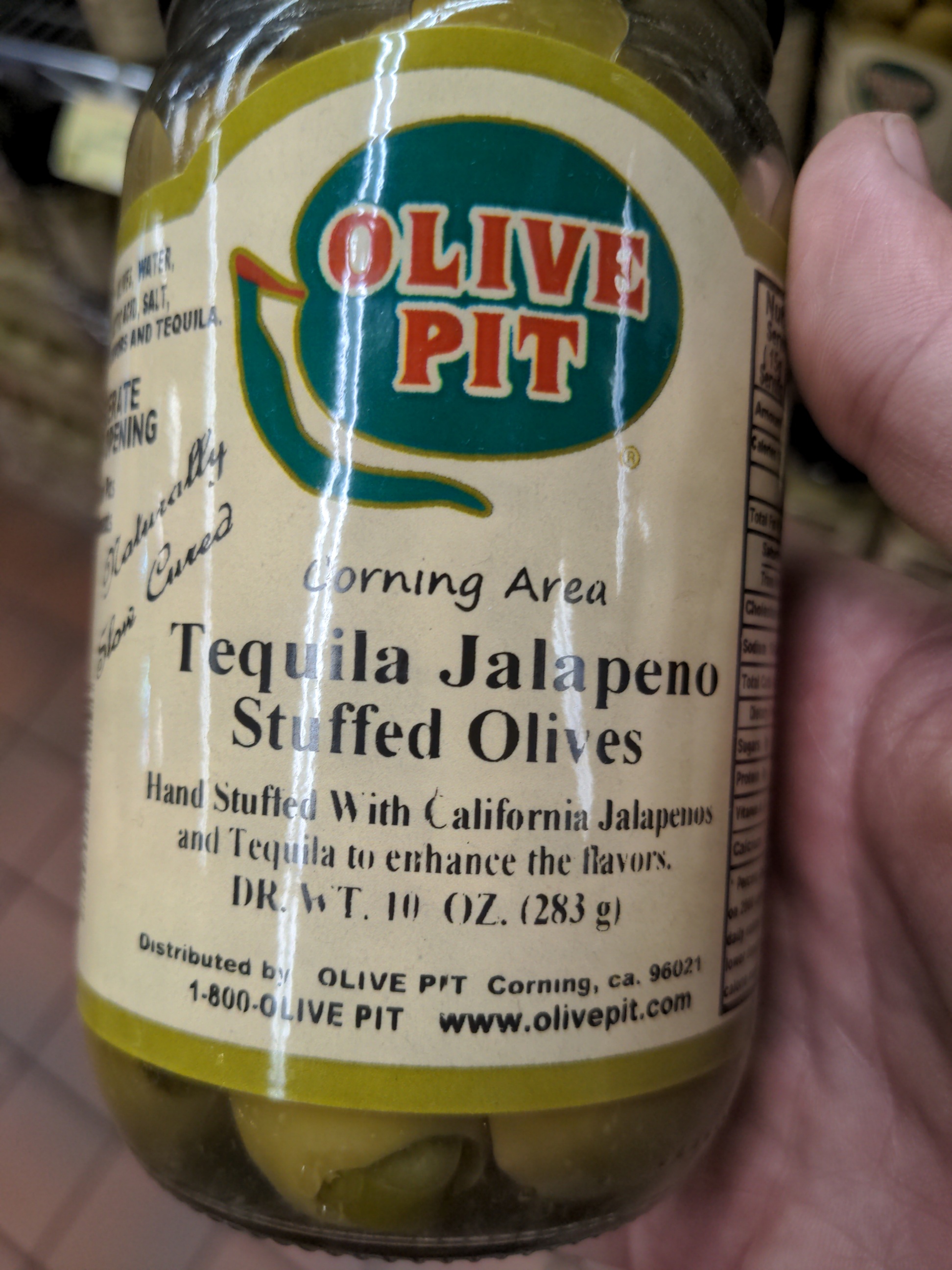 Corning is situated in Tehama County in the northern part of California's central valley.  Colonists in the 1890s planted numerous fruit and nut trees, but found that olives did particularly well with low maintenance.

In 2017, the most recent agricultural census year, Tehama County contained 4,174 acres of olives, which is second-most in the state behind Tulare.

California produces essentially all of the commercial olives in the United States. A decade ago, most US olives were processed as tables olives, the majority canned whole.  These are the black olives that we eat on pizza.

In 2007, olive oil was just 10% of US production, but it now makes up more than half. The growth of olive oil is the biggest recent change in California's olive oil production.

Like many fruit trees, olives are alternate bearing, which means that high-yield years tend to follow low-yield years. This explains the dramatic variations in production from year to year. Both 2018 and 2020 saw particularly low yields. USDA projects that production of table olives will rebound to 55,000 tons in 2021.

Farmers selling whole olives for canning receive the highest prices, over $1000 per ton in the last decade. Olives to be crushed for oil have been below $800 per ton through the same period.

Olives have been cultivated in the Mediterranean for several thousand years. Countries in that region remain the world's largest producers. More than 80% of world olives come from countries bordering the Mediterranean. They first came to California 18th century with the Spanish padres, who planted them at many of the coastal missions.

World olive production has doubled in the last 25 years, with Spain leading the way. Italy, Greece, Turkey, and Morocco round out the top 5 producers. The US produces less than 1% of global production and is a net importer. Spain now produces 40 times as many tons of olives as the US.

Corning's annual olive festival is this weekend. Other places in the world may produce more olives, but the olive is central to the city's identity. Olive acreage in Tehama County declined by 45% between the 2002 and 2017 censuses. For nostalgia's sake, I hope this trend does not continue.

I generated the figures and maps in this article using this R code.